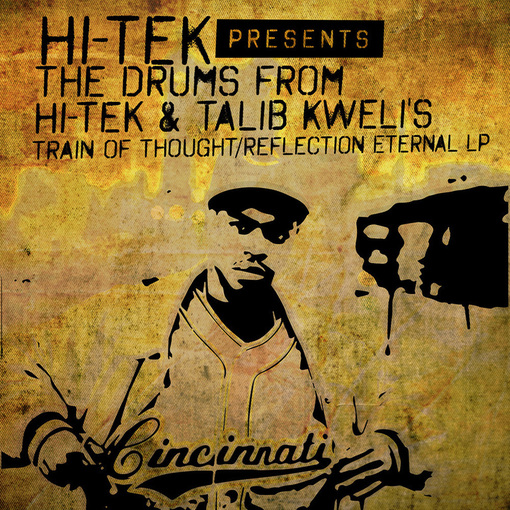 His drums are even more impressive. Tek's impeccable timing, signature MPC swing, and punchy samples have been the blueprint and foundation for the industry for over a decade. These are drums to inspire!

The Drum Broker has teamed up with Hi-Tek to distribute the drums from one of Hip Hop's most critically acclaimed albums, Hi-Tek & Talib Kweli's 'Train Of Thought' (Reflection Eternal) LP. These drums are straight out of Tek's Akai MPC60, 60II, and MPC3000! Having resided for nearly 14 years on floppy disks (Google if you're too young to remember the days of Drum Machines with Floppies), the 'Train of Thought' drums are now available to the public. This is a must have for beatmakers, drum heads, and percussion aficionados.